If all living beings are to be treated with love and dignity, then why women are subjected to a variety of tortures both physically and mentally? I wonder how men can misuse religion to justify the beast of man chauvinism and interpret anything to the best of their greed.

‘A light beating’ for the wife if she defies the husband.

Recently in Pakistan, The Council of Islamic Ideology (CII) has proposed its own women protection bill, recommending ‘a light beating’ for the wife if she defies the husband. The 20-member CII is a constitutional body, which gives recommendations to parliament regarding Islamic laws. However, Parliament is not bound to consider its recommendations.

The council has proposed that a husband should be allowed to ‘lightly’ beat his wife if she defies his commands and refuses to dress up as per his desires; turns down the demand of intercourse without any religious excuse or does not take a bath after intercourse or menstrual periods.

It has suggested that a beating is also permissible if a woman does not observe Hijab; or interacts with strangers; speaks loud enough that she can easily be heard by strangers, and provides monetary support to people without taking consent of her spouse.

It says there should be a ban on co-education after primary education, ban on women from taking part in military combat, a ban on welcoming foreign delegations, interacting with males and making recreational visits with ‘Na-Mehram.’ It also says female nurses should not be allowed to take care of male patients and recommends that women should be banned from working in advertisements. It recommends that an abortion after 120 days of conceiving should be declared ‘murder.’

The source of the proposal of CII is possibly the verses of the Holy Quran:

“men are the protectors and maintainers of women, because Allah has given the one more (strength) than the other, and because they support them from their means. Therefore, the righteous women are devoutly obedient, and guard in (the husbands). Absence what Allah would have then guard. As to those women on whose part ye fear disloyalty and ill-conduct, admonish them (first), (next), refuse to share their beds, (and last) beat them; but if they return to obedience, seek not against them means (of annoyance) for Allah is most high, great(above you all)” (4:34-36).

So clearly, Islam or the Quran does not teach men to hit their wives but instead to leave in such circumstances, to avoid any inhumane activities.

Now, let’s match the relevance of the circumstances where it is suggested that a man is allowed to hit his wife with the better-known facts of Islam.

“Provides monetary support to people without taking consent of her spouse”

So here we are contradicting with what Prophet Muhammad (PBUH) said: “while helping others, do it in a way that even your other hand should not know about your charity.”

In addition to this, why men are not asked to seek the consent of their wives when helping others? Men are more likely to spend inappropriately.

“Women should be banned from taking part in military combat”

It appears that the Muslim scholars in building a society to squash the integrity of women can easily opt to ignore history. Many Muslim women – including Hazrat Ayesha (the wife of Prophet) – participated in battles. Islamic history is evident of the bravery of Nusaybah bint Ka’ab in the famous Battle of UHUD.

“Women should be banned from welcoming foreign delegations, interacting with males”

Unfortunately, the Muslim scholars in Pakistan continue to disregard the significant Muslim women who had contributed to the society in every era. This ban will restrict women from emerging as business entrepreneurs or taking up various professions in today’s diversified culture. Let’s not forget that examples of women entrepreneurs in Islamic history include the name of Hazrat Khadija from 595 AD.

Alas! The policy makers who intend to justify their mean mindset towards women have stepped down to a juncture where there is no possibility of any improvement. To suppress women they have gone to the extent of eliminating the significance and the services rendered by women in Islamic history. Rufaidah bint Sa’ad was the first Muslim nurse who, in peace time, had set up a tent outside the Mosque in Madina where she nursed the sick. During the war, she led groups of volunteer nurses who went to the battlefield and treated the casualties.

Sayyiduna Abu Huraira narrates that the Messenger of Allah said “when a man calls his wife for sexual intimacy and she refuses him. Thus, he spends the night in anger, the angels curse her until morning” ( Sahih al-Bukhari & Sahih Muslim, See Riyad al- Sahini, no:281).

However, the above description does not in any way mean that the husband may force himself over her for sexual gratification. This only mentions that “the husband spends the night in anger or being displeased”, which, in fact, clearly shows that he must restrain himself from forcing himself on her.

These matters should be resolved with mutual understanding, regard for one another & love. Muslim men should realize that their wives are also humans with individual rights and not some type of machines that can be switched on whenever they desire!

Pakistan has, unfortunately, become the prime example of misleading Islam and create a whole different perspective of religion.

Kids with low IQs are to become Muslim Scholars

To prove my arguments further, let me highlight the general concept of becoming a Muslim Scholar (Molvi) in Pakistan:

You will not find any parent aspiring to make his child a Muslim Scholar. Every parent dream of their children becoming doctors, engineers, lawyers, sportsmen, etc. but not religious scholars. Only the children who are seen and observed as low in IQ or have limited access to education are sent to MADRASSAHS to learn Quran and understand religion.

This child who once was shunt from society, graduates as a Muslim Scholar (Molvi) and spreads his wings to spread the knowledge of Islam. So the masses learn religion through the Molvis, who themselves have no grip over the subject. For every word of Quran, you will find a million interpretations and all claim to be absolute truth.

Then comes our MUFTIS, who will have their own interpretations of Quran and mostly are inspired by their own level of understanding on the subject. This entire warp and weft of understanding of Islam has weaved a tapestry that simply does not correlate with what the true Quran conveys as message and by no means qualify as an excuse for building a so-called “FAIR & PURE” society.

I have drawn these few references from Islamic history to emphasize that women have been in service, in leadership roles, in business from the very beginning. Going even further, there is not one reference in the Quran which could be used as the basis to suppress women, nor does it reveal any incident in Islamic history which discourages women to excel in any fields of life. Therefore, women should not be subjected to any physical and mental torture, her self-respect and dignity should not be dragged into the mire in the name of any religion.

My humble, yet firm request to the so-called custodians of Islam in Pakistan is that before drafting your own perception of the religion, have the courage to review its depth as you have social responsibilities on your shoulders.

How can you just walk over all the goodness of your religion and manipulate it to destroy the dignity of woman in the name of faith? How can not you question your own incompetence that leads to more frustration and insecurity in our society? Where do you take the power to alter religion as it pleases you?

Pakistan is already hit by illiteracy, caste system and other cultural taboos, and attempts to squash women completely. Thus, we, women stand firm against this new proposal that  would allow men to “lightly beat” women. 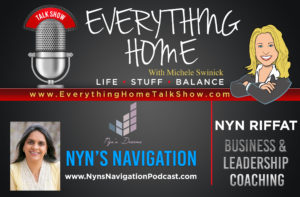