I grew up with the thought that “If you look at a tree long enough, it will move.” We see what we want to see.

My younger son was chosen to act the role of a “KING” in his pre-school drama evening. He was very happy that evening because he had to start his rehearsals from the very next day. After two days his teacher called me that I have to prepare his costume for a “RAT” and not of a “KING”. Upon getting into details, I was informed by the teacher that during the practice, my little one chose to become a “RAT”. Like the teacher, I was also surprised as what made him take this decision.

The same evening, while I was cuddling with my two sons, I asked the little one if he has opted to play the role of a “RAT”. To my surprise he nodded in confirmation. His elder brother started laughing and called him silly. But the little one said in his innocent words “Mama, I sat on the throne with a hard face, nothing to do. It was so boring. But the kids who were playing the role of rats were dancing and they made the king and his son smile too. I decided to join them.”

My elder son made fun of him that your friends will call and tease you as a “RAT” , to which he replied “no, I am the rat like Stuart Little”.

Later he performed in the drama evening as “RAT” and did his performance so enthusiastically that the entire audience giggled, smiled and clapped. He won as “The Most Cutest Rat” while the king was just a character in the play. He knew he will be a “celebrity rat” like his Stuart Little and he made it. This entire event tells us that nothing controls our lives more than our self-image.

We are what we think we are. If you don’t think you’ll see being successful, you won’t. You can’t be it if you can’t see it. Your life is limited to your vision. If you want to change your life, you must change your vision of your life.

When James Carville was a kid he was obsessed with political campaigns the way other kids were obsessed with sports. During the 1992 Presidential campaign there was no greater superstar-whacko than Clinton’s political operative, James Carville. With his shaved bald head, sharp facial features, and his deep Louisiana accent he seemed like a man out of the Twilight zone!

He’s now considered to be one of the greatest political operatives of a generation. But, before he ended up on that fateful campaign in his early 40’s he was dead broke, had won only a handful of elections, and had never even been approved for a credit card. On paper, he looked like a complete failure. By not giving up,he ended up in the White House.

Oprah Winfrey’s childhood was frightful and filled with horrible abuse and poverty. But, like most successful people, Oprah doesn’t dwell on stuff like that.

Now go make something happen…Believe in yourself and how your distinctive style can change the direction of the winds and make you a WINNER, a STAR and a WONDER. 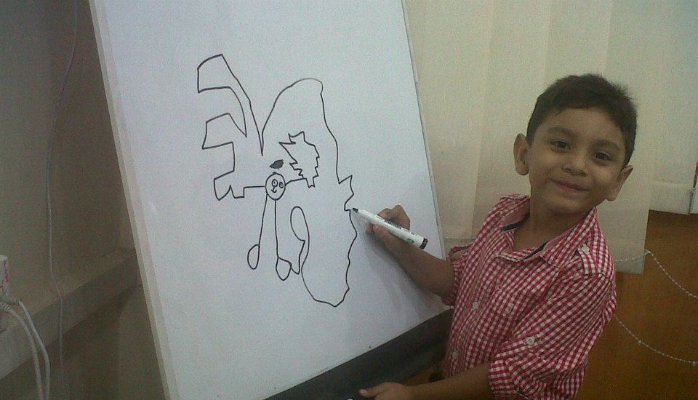